“Ever since I became director, Double Standards has designed the graphical appearance of SCHAUSPIEL FRANKFURT. Clear, modern, definitive in its visual language, resolved in its idiosyncratic typography. Double Standards have become an integral partner and irreplaceable part of this theater. For the 2014/15 season, Double Standards once again showcase the content and purpose of the season. Thank you Double Standards for the work, thanks for the friendship.”

Every season we can work with another brilliant photographer or cinematographer for the Schauspiel Frankfurt. And we were allowed to do this now for the 6th time. We were delighted to have the photographers team Till Janz & Hendrik Schneider on board. All we remember – it was great fun for the actors and the image-makers. Their work and the season book was presented April 29th 2014 at the huge press conference Oliver Reese and his team is holding every single year to get the press and public informed of what to expect. It is an entertaining event - that’s why there is no free seat at the PanoramaBar in Frankfurt - but free drinks and food. 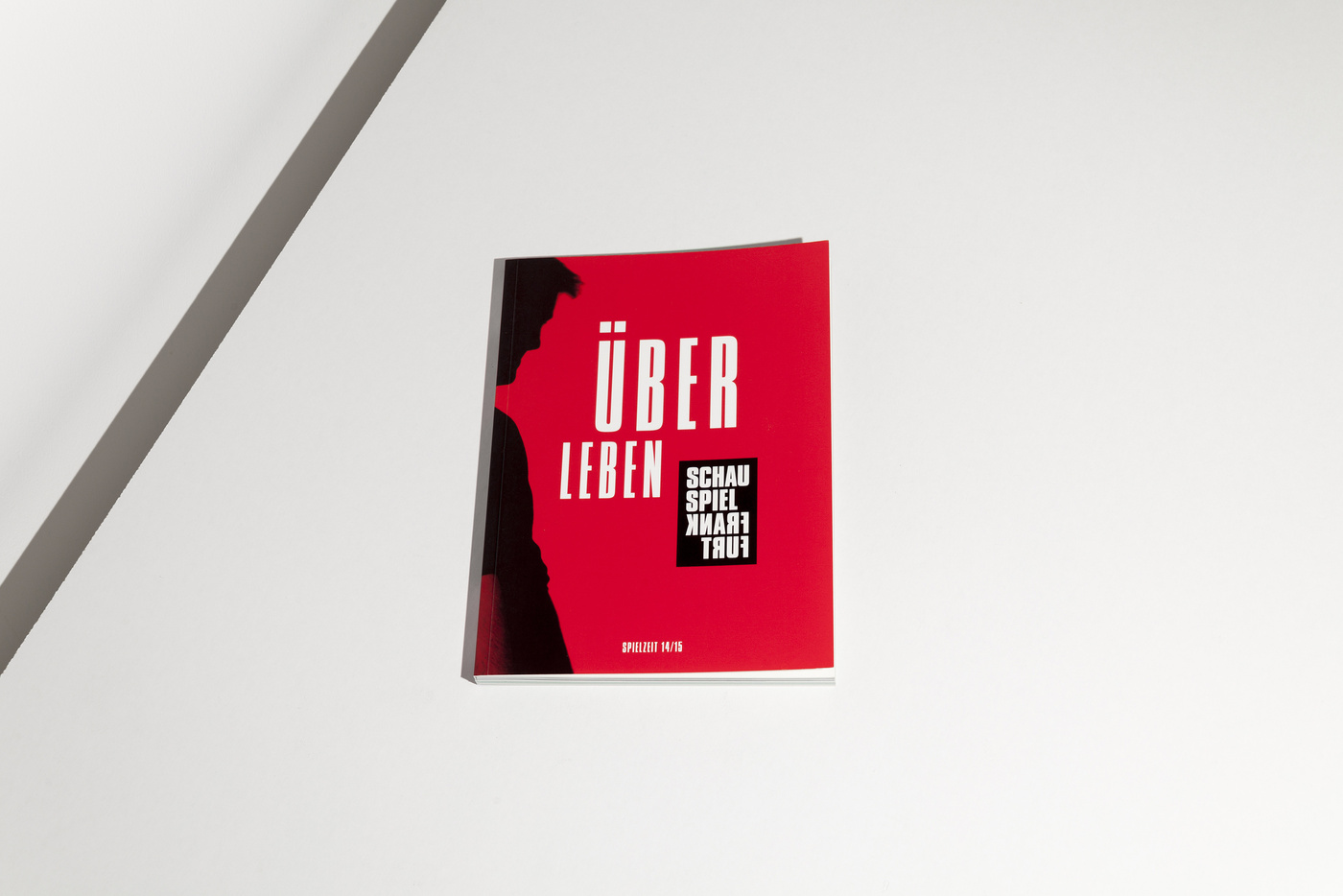 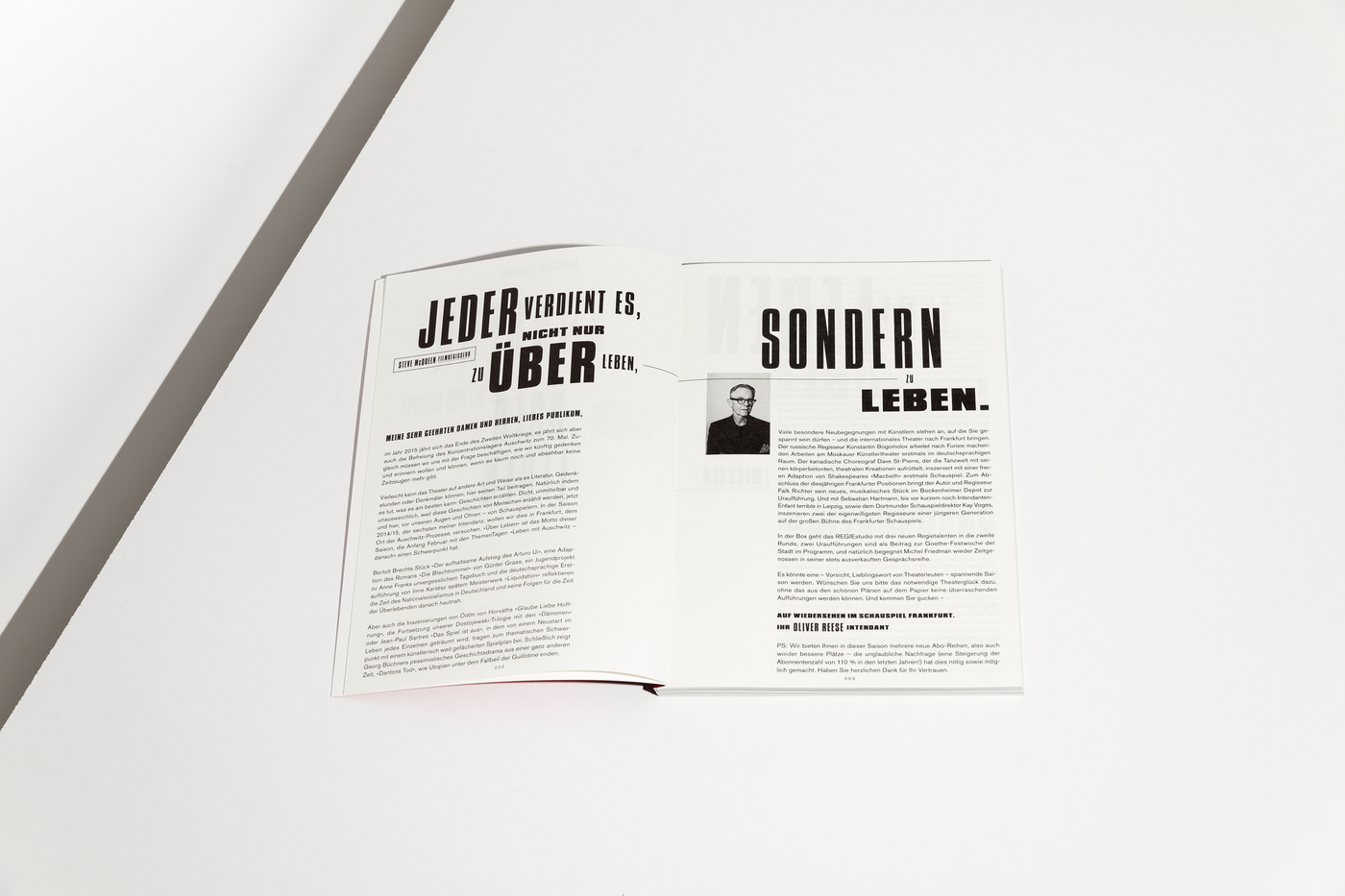 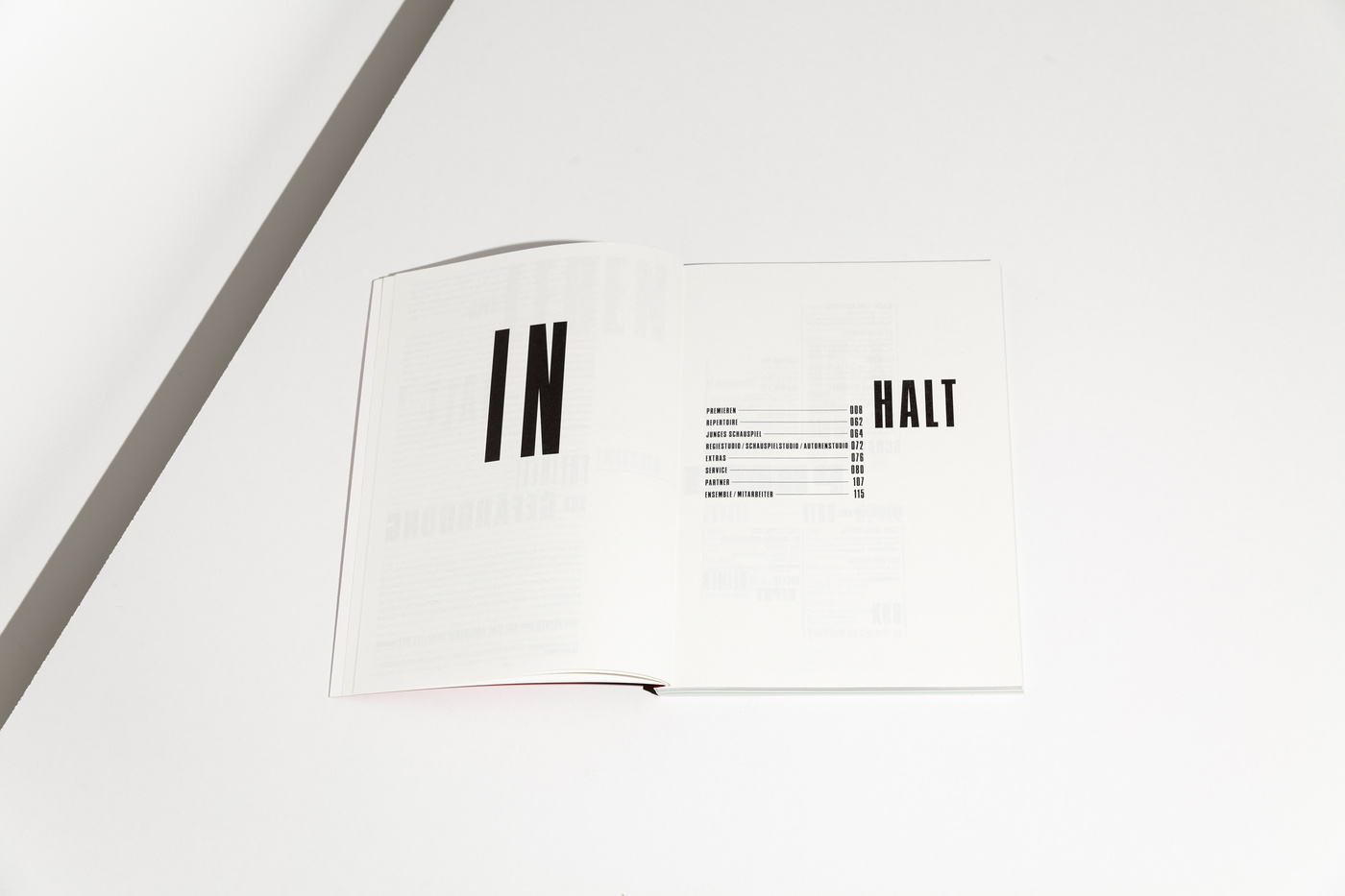 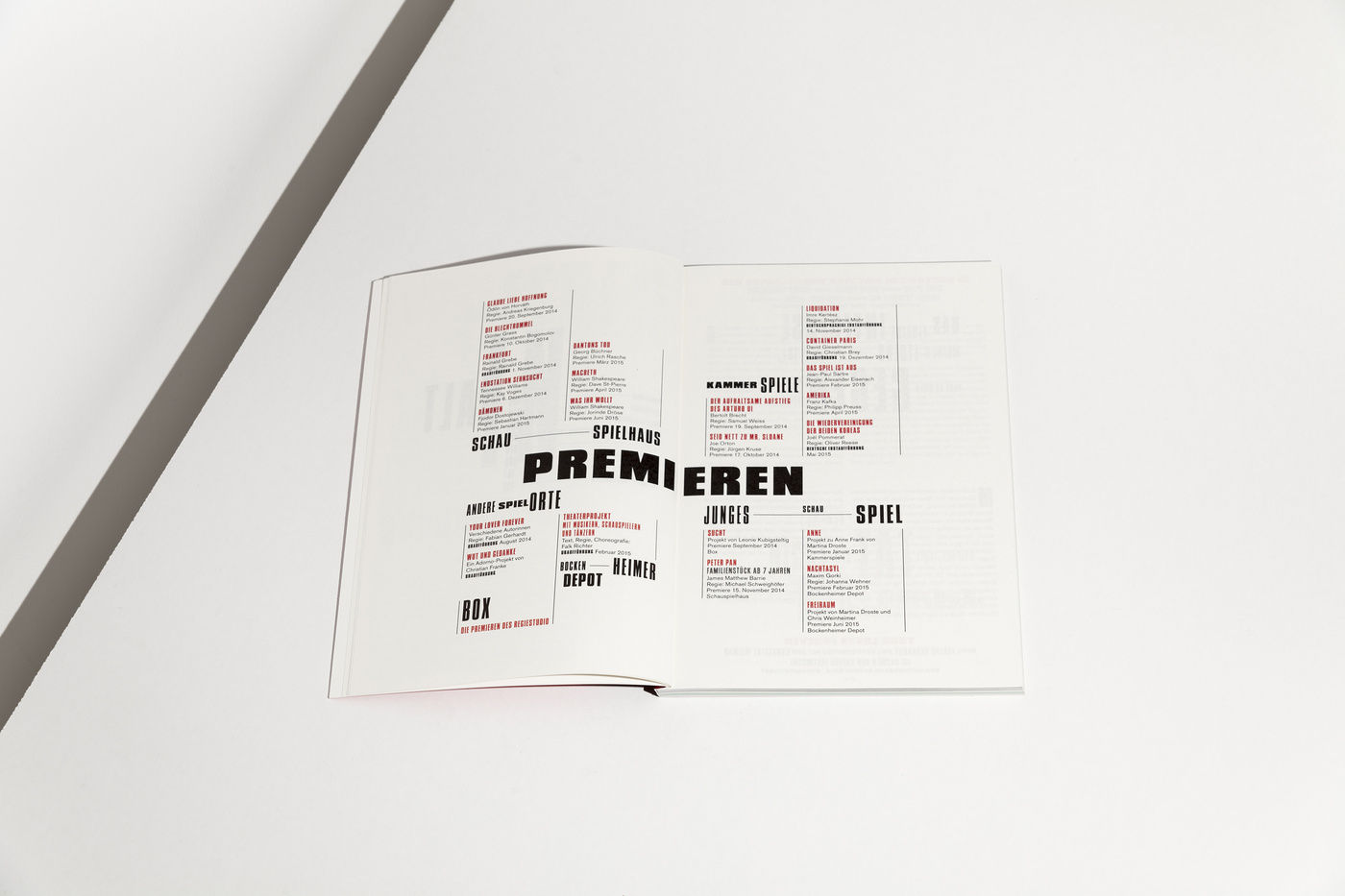 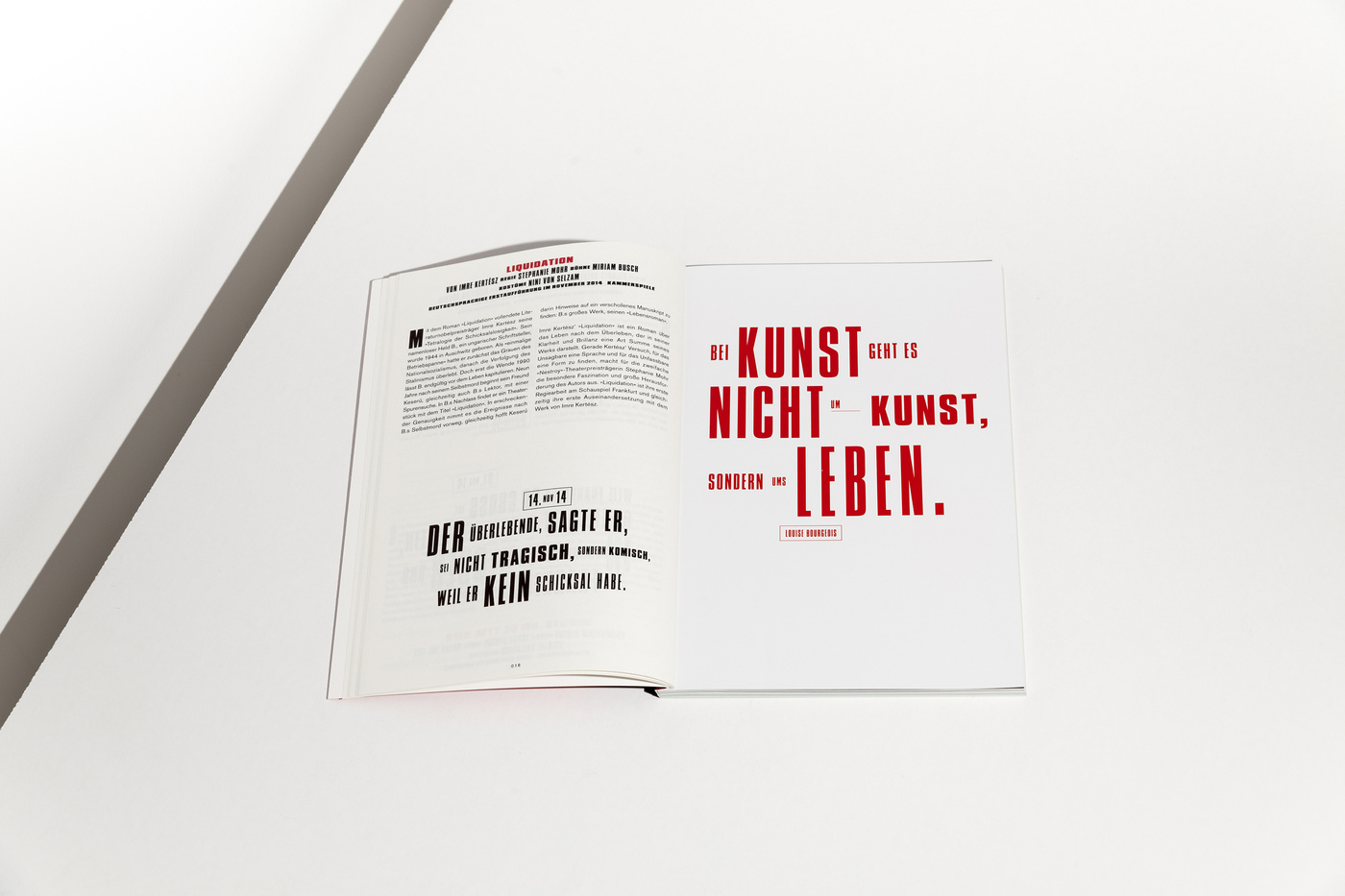 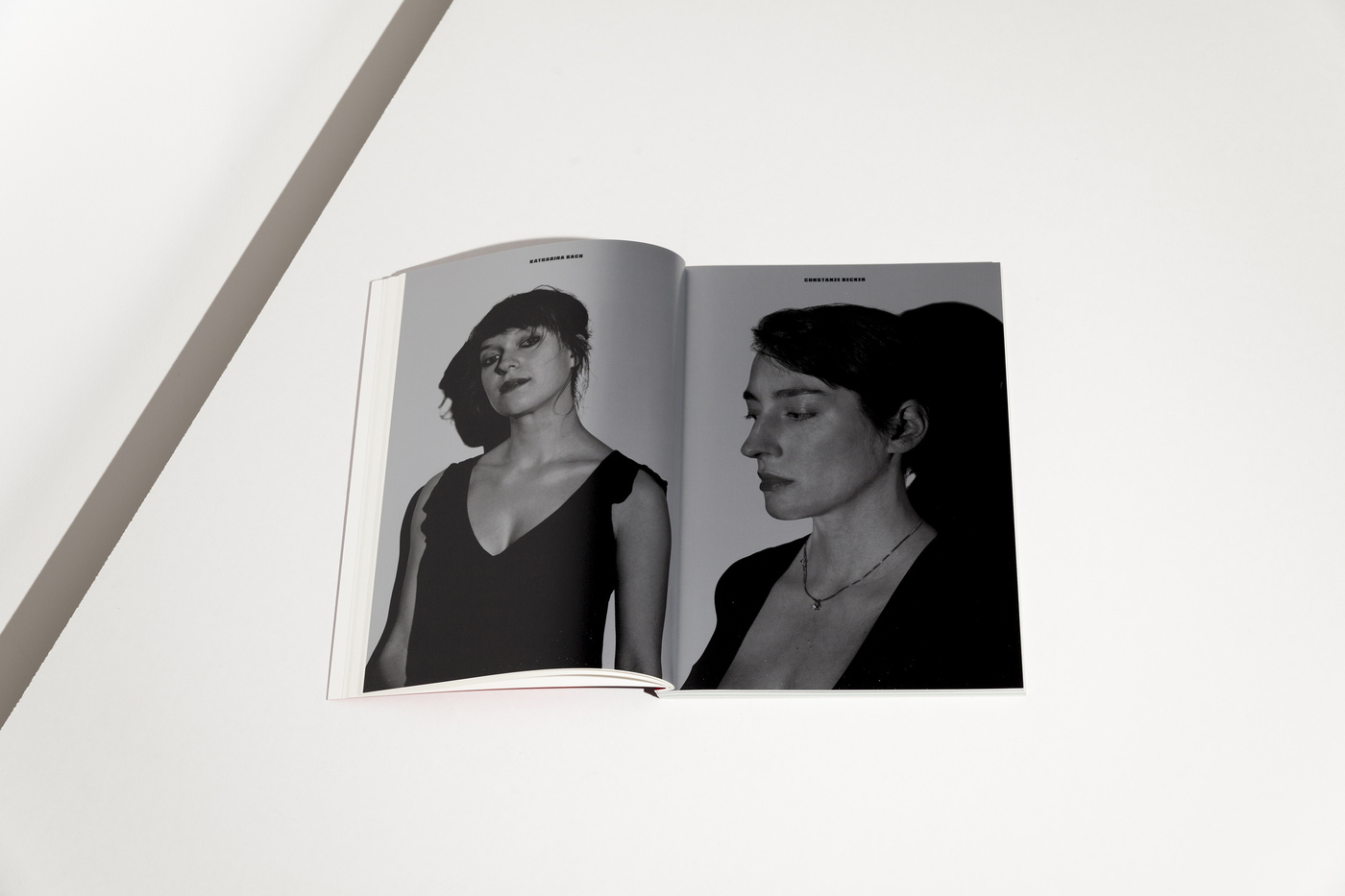 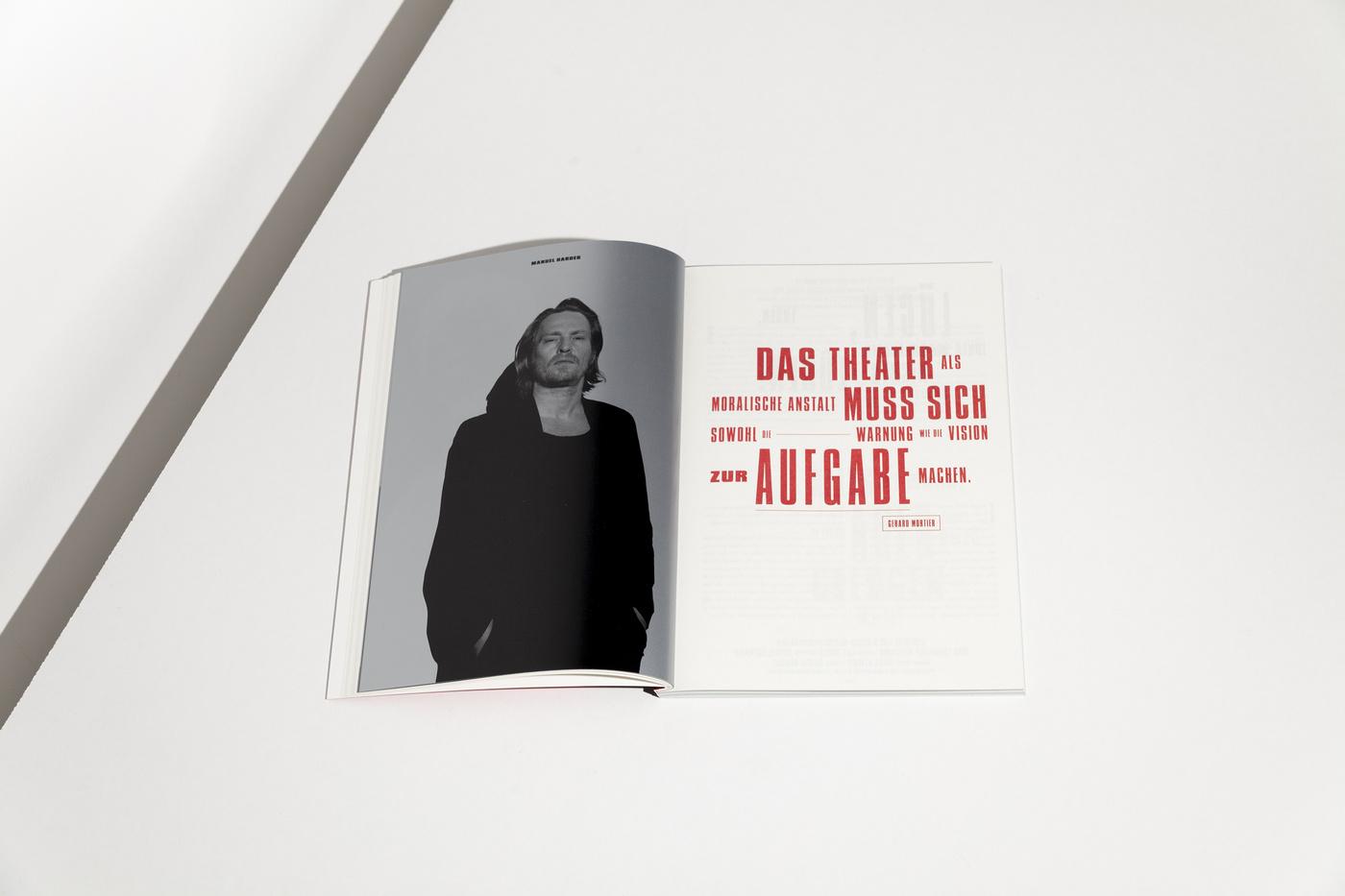 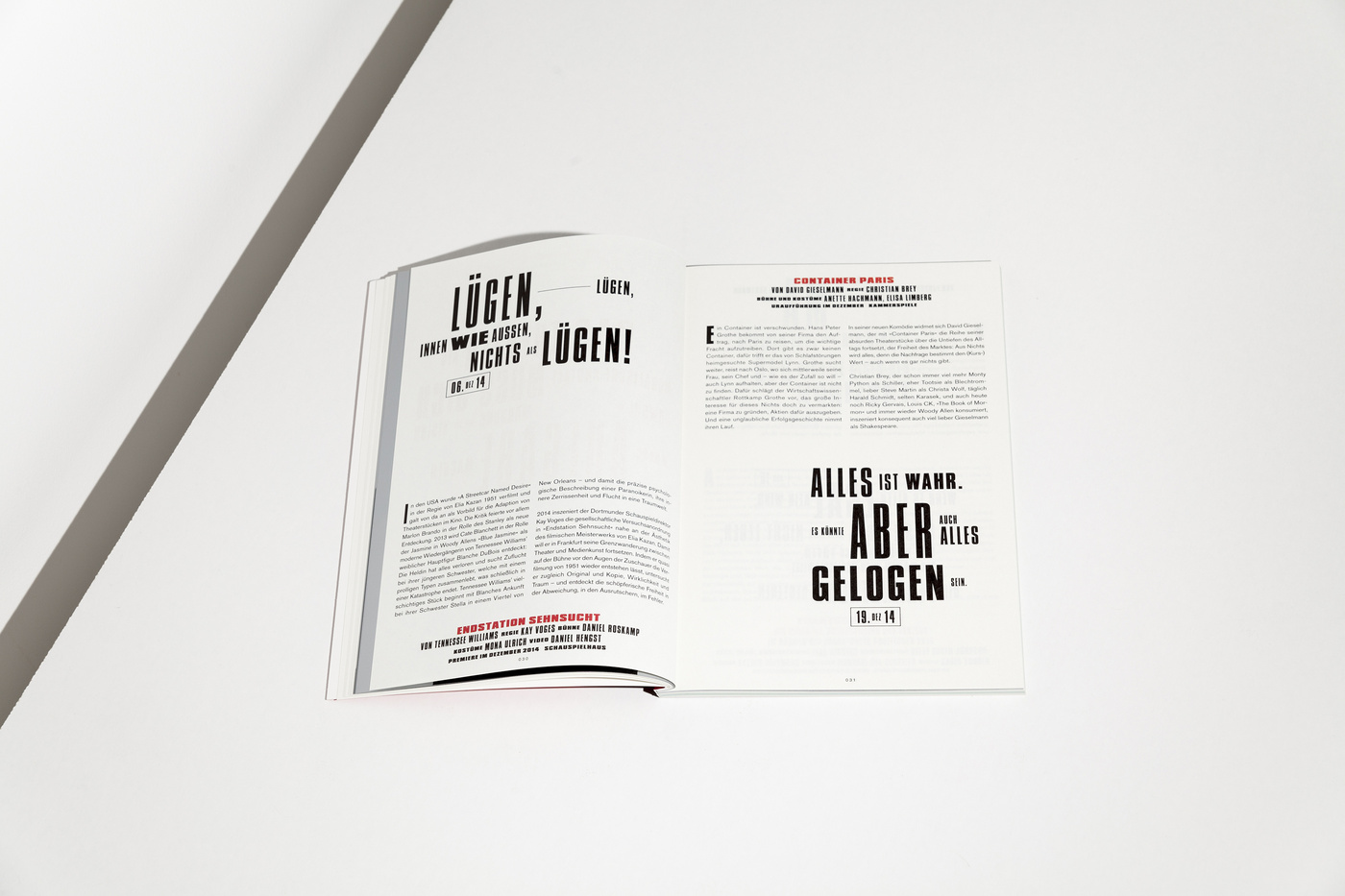 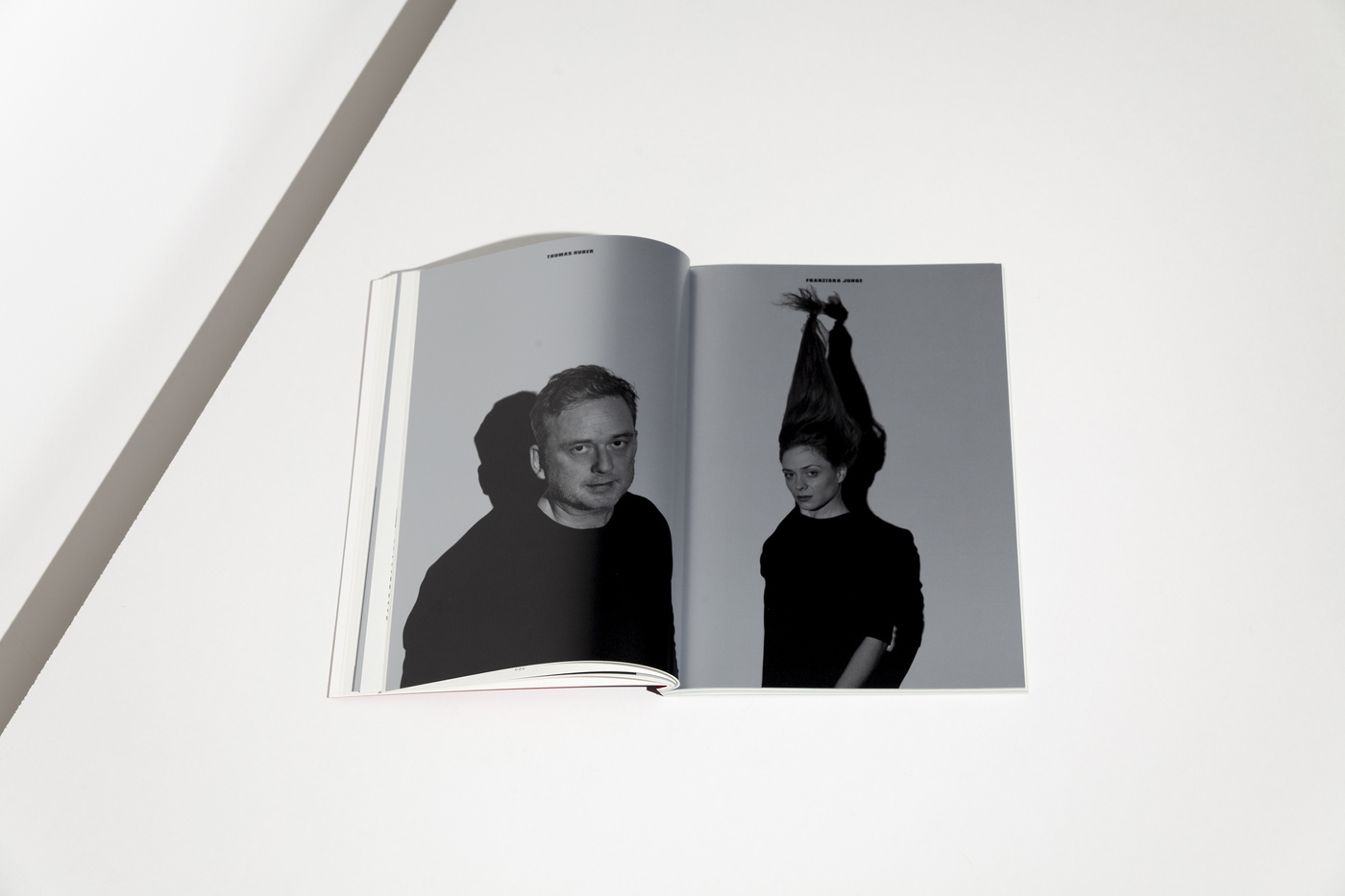 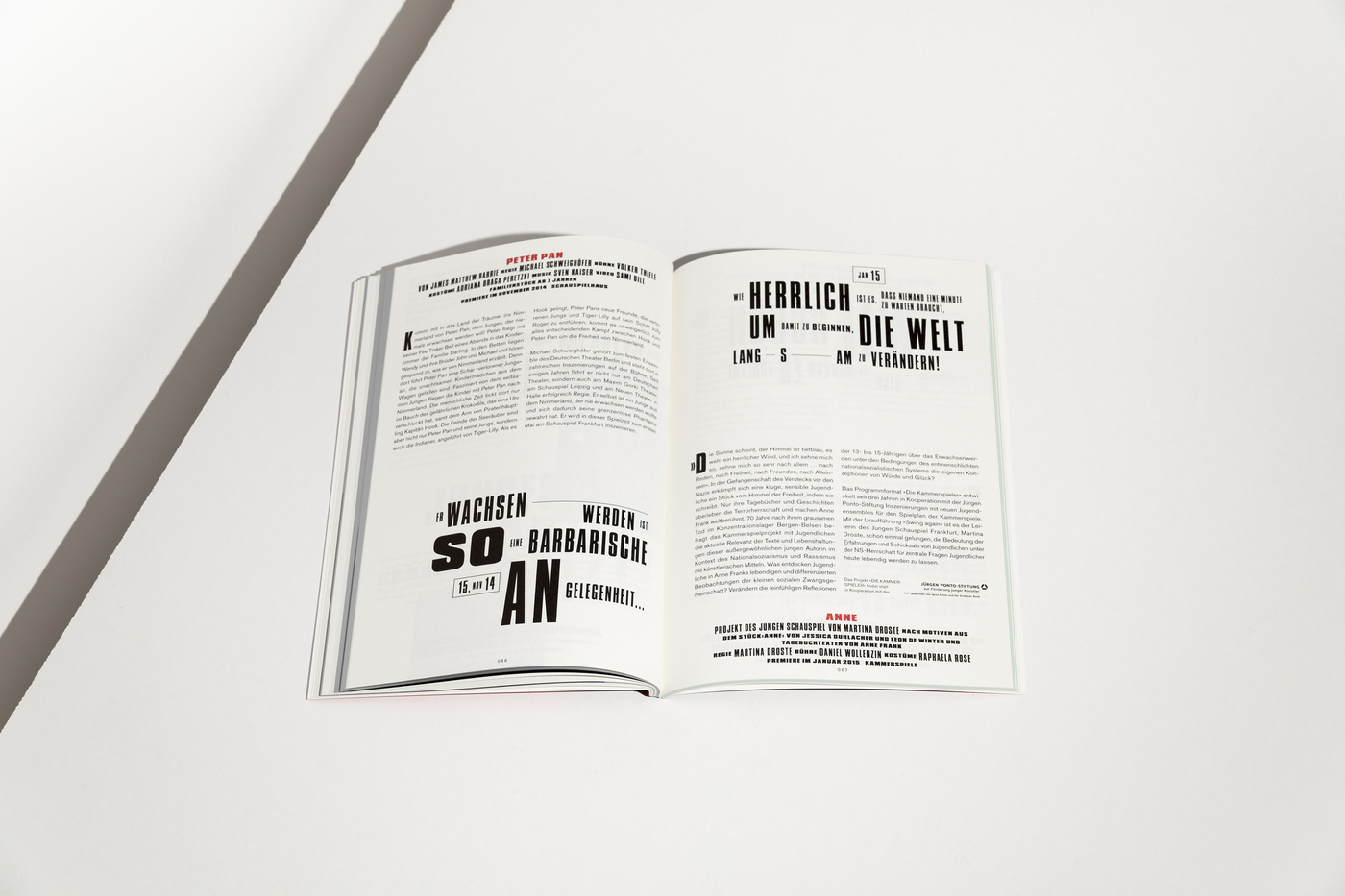 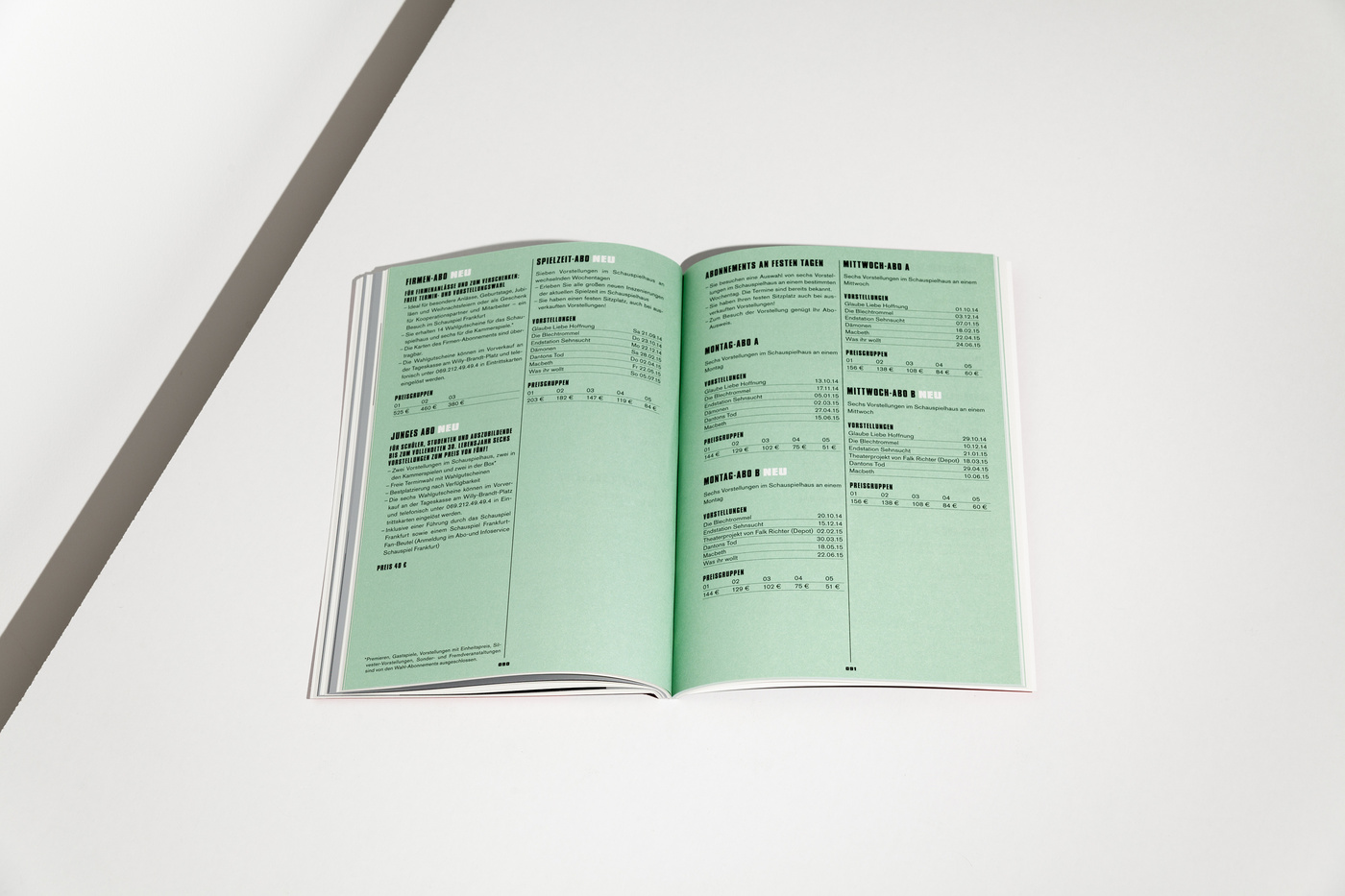