Common Ground was the title of the 14th architecture Biennale in Venice 2012 announced and curated by Sir David Chipperfield. KuehnMalvezzi were invited and they then invited us to create their book for the exhibition. They built this marvellous piece, recreating the entrance situation of the Italian pavilion with a black brick wall. Accompanied with works of Armin Linke, the ensemble made quite an impression. The book was entirely written in Esperanto. You might wonder why .... well, here is the explanation: Komuna Fundamento. Kuehn Malvezzi. Mousse Publishing.

Esperanto’s failure to become a commonly spoken language is a fact, just as modern architecture has not become part of the mainstream: there are other kinds of lingua franca today. Like Esperanto, architecture intended to constitute a common ground appears instead to be sectarian in the midst of contemporary pluralism. Responding to David Chipperfield’s call for an exhibition of Common Ground at the 13th Venice Biennale of Architecture, Kuehn Malvezzi built two interventions using grey stack-bond brickwork, at the entrance and in the Sala Chini of the Palazzo delle Esposizioni, the central pavilion at the Giardini. The Berlin-based practice created two thresholds, two specific spaces that encourage people to meet and linger, to sit down and watch. Komuna Fundamento embraces the relationship between the architectural object and its physical construction.

Including contributions by Candida Höfer and Armin Linke – two artists who approach architecture from opposite directions, while both working in and with space – architecture is considered by Kuehn Malvezzi as part of a curatorial action in space that is neither foreground nor background, but a transformative medium of the in-between. Very much like the installation, the book follows the logic of translation, putting contrasting imagery from various other places into a relationship.

You can order the book here at Motto 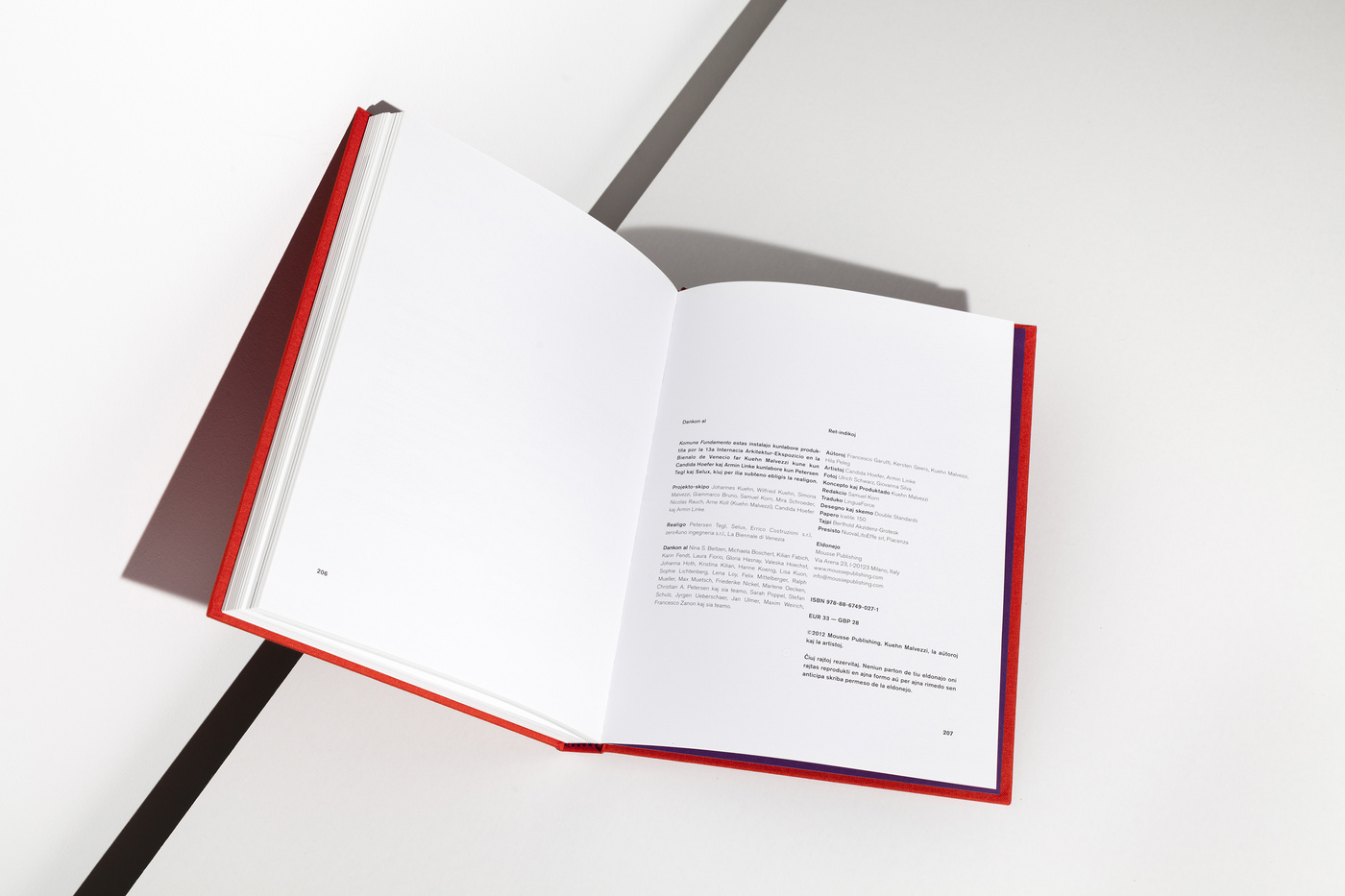 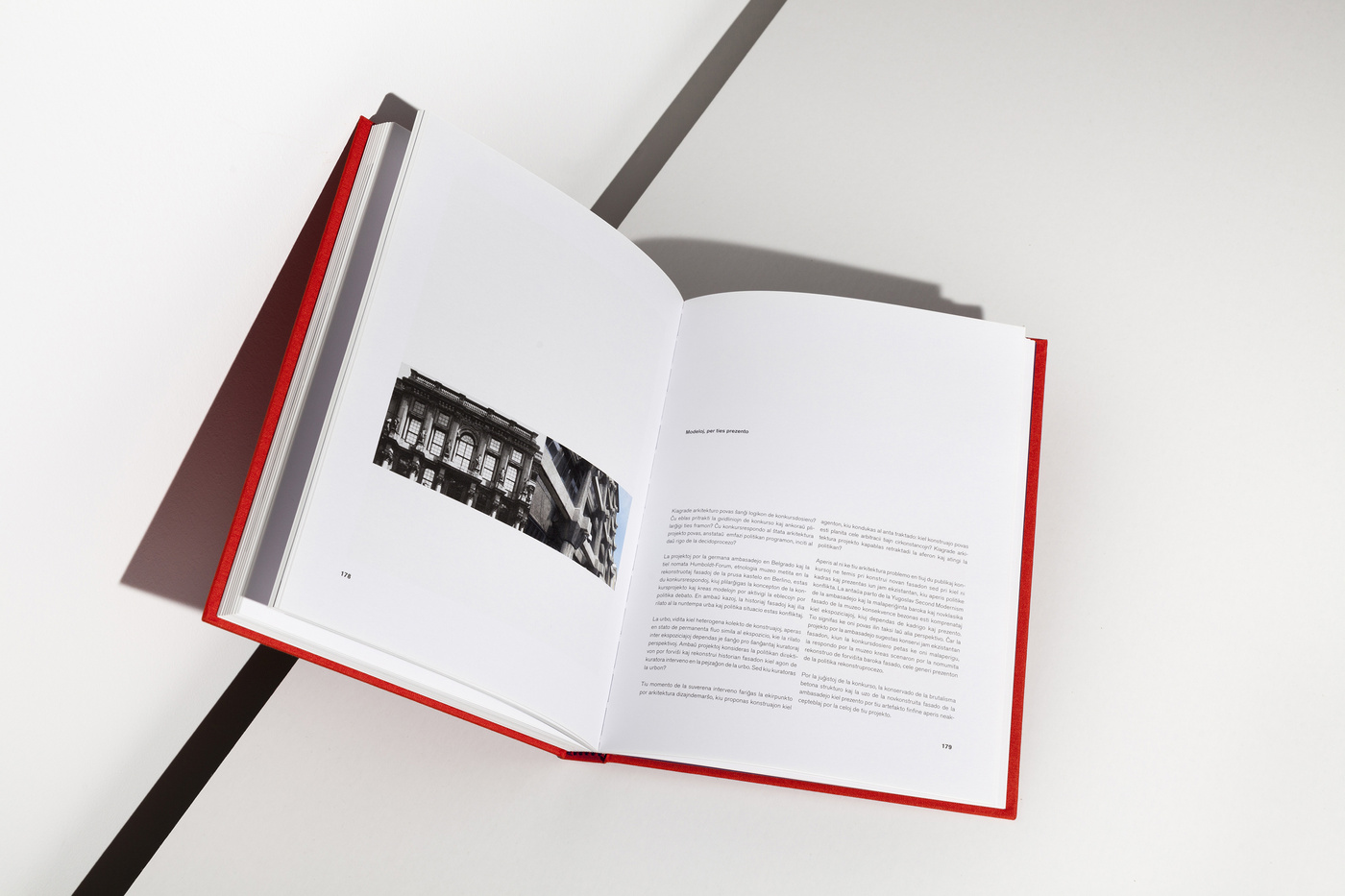 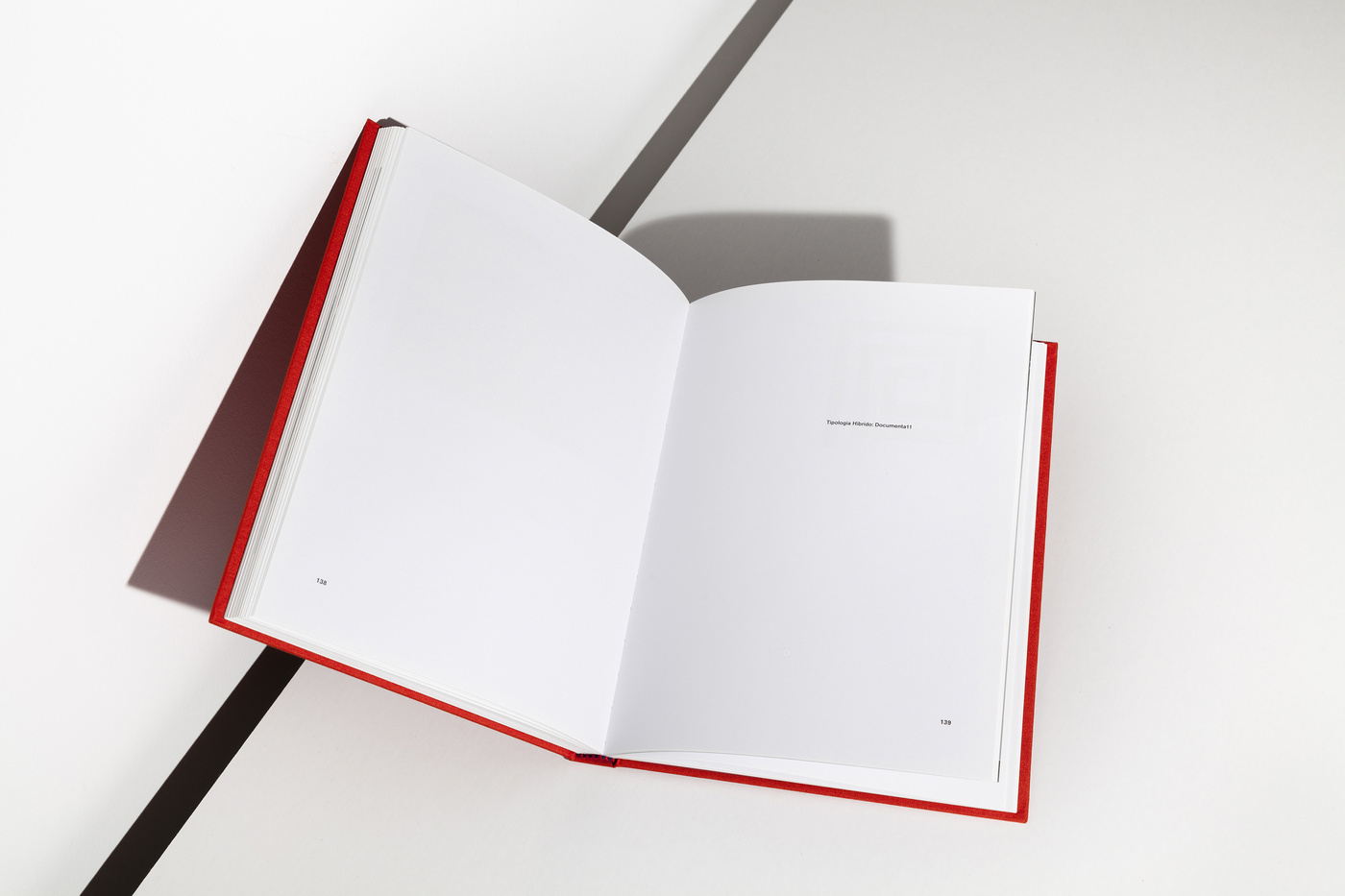 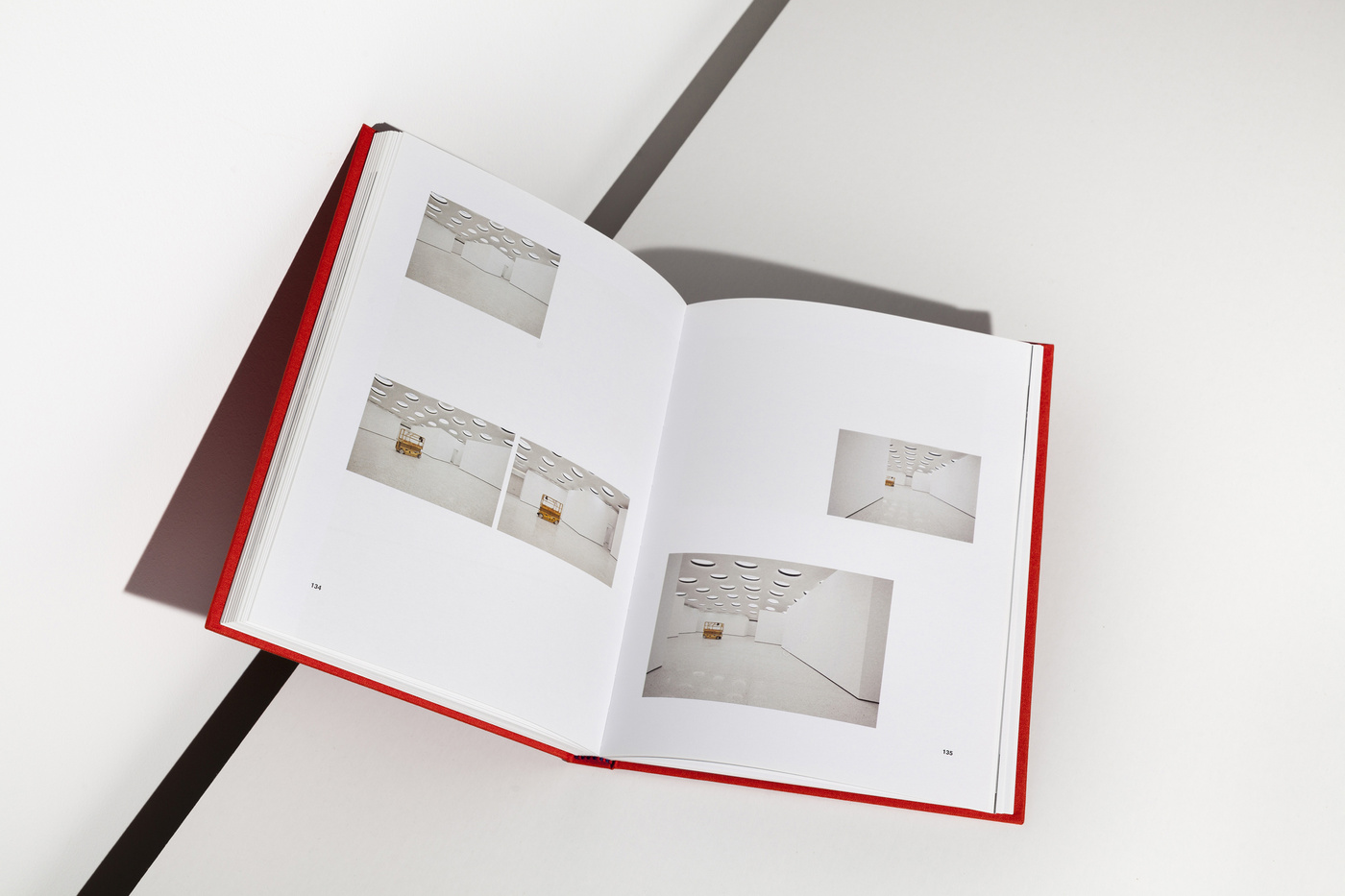 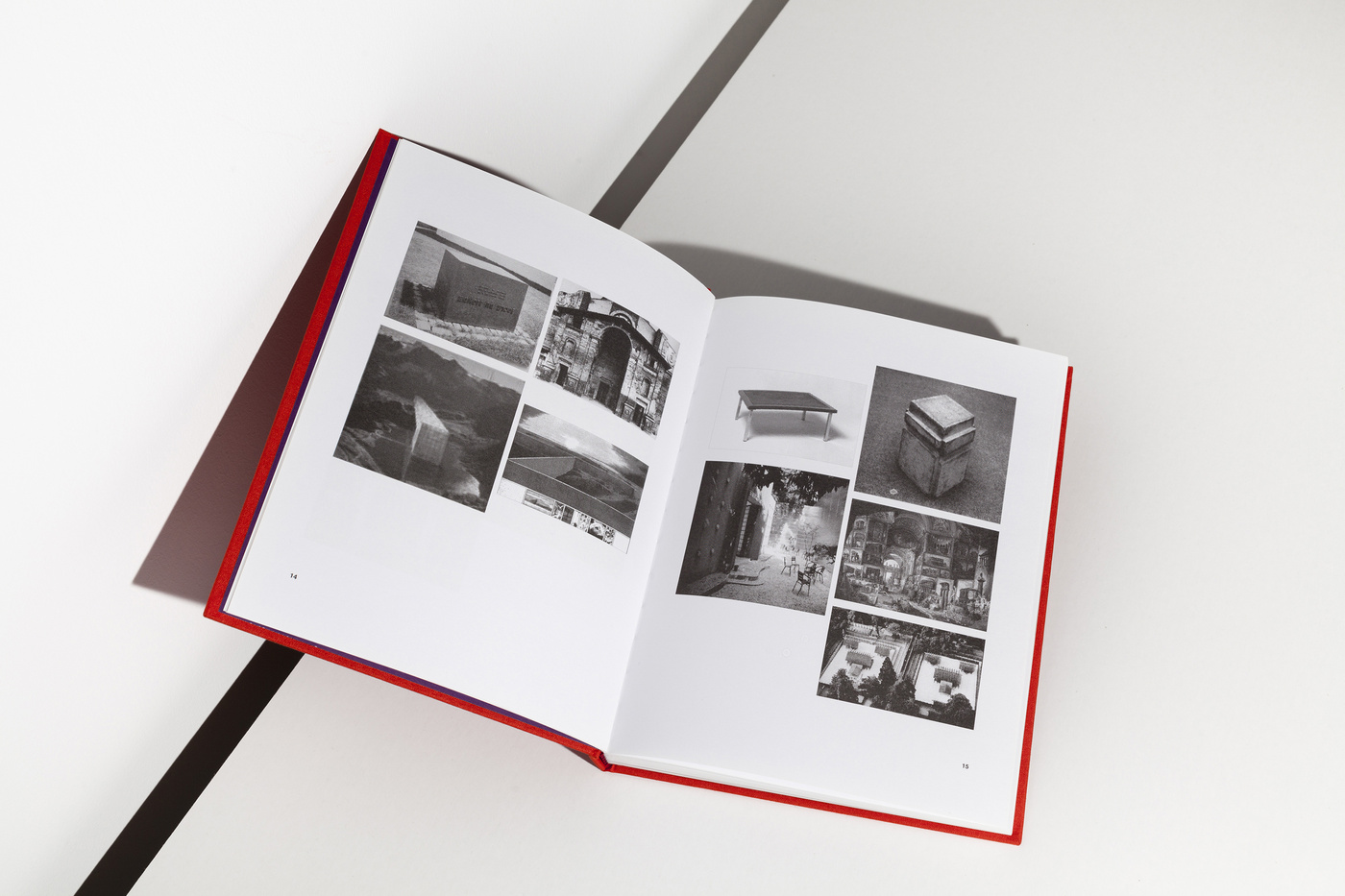 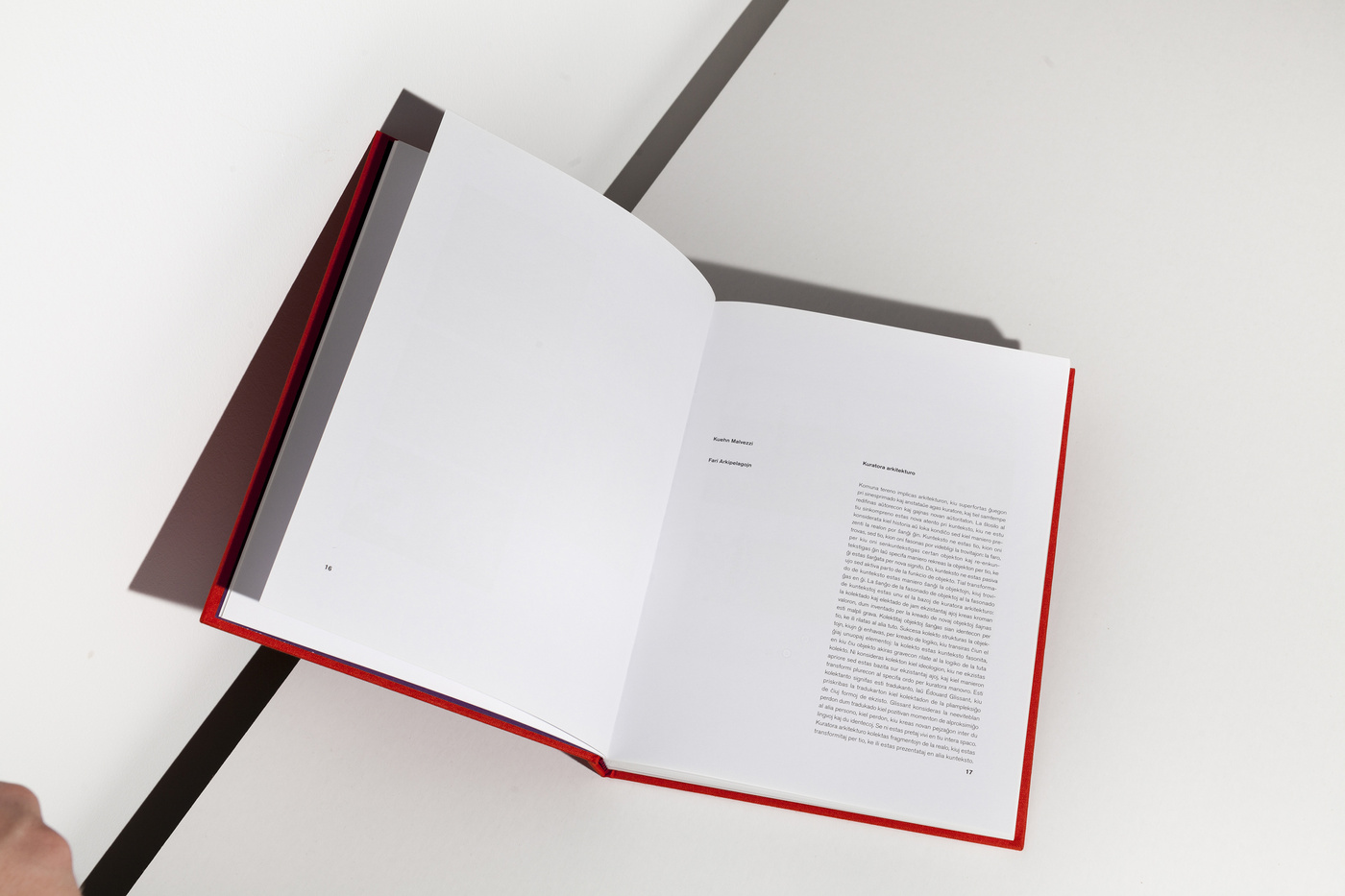 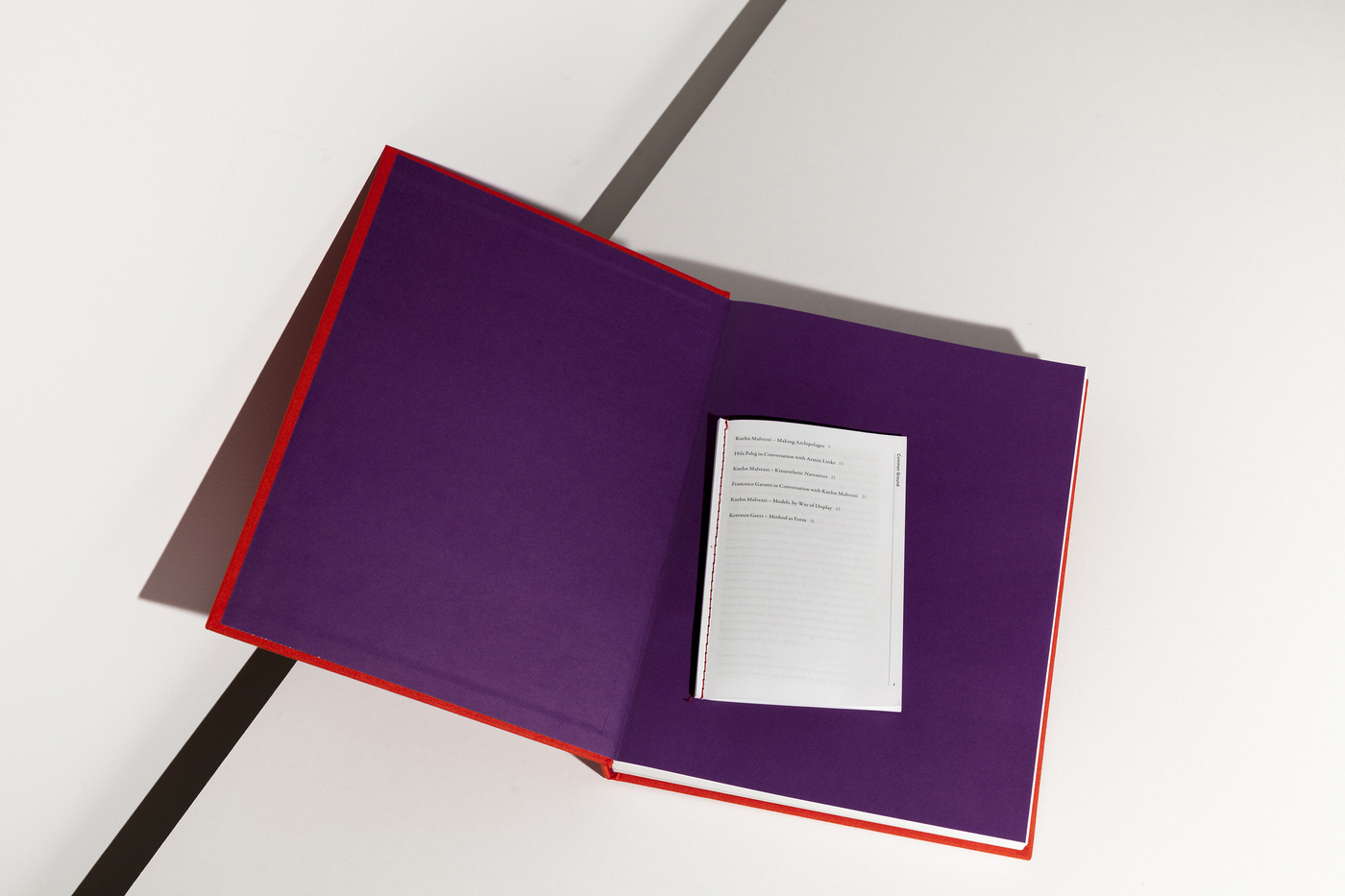 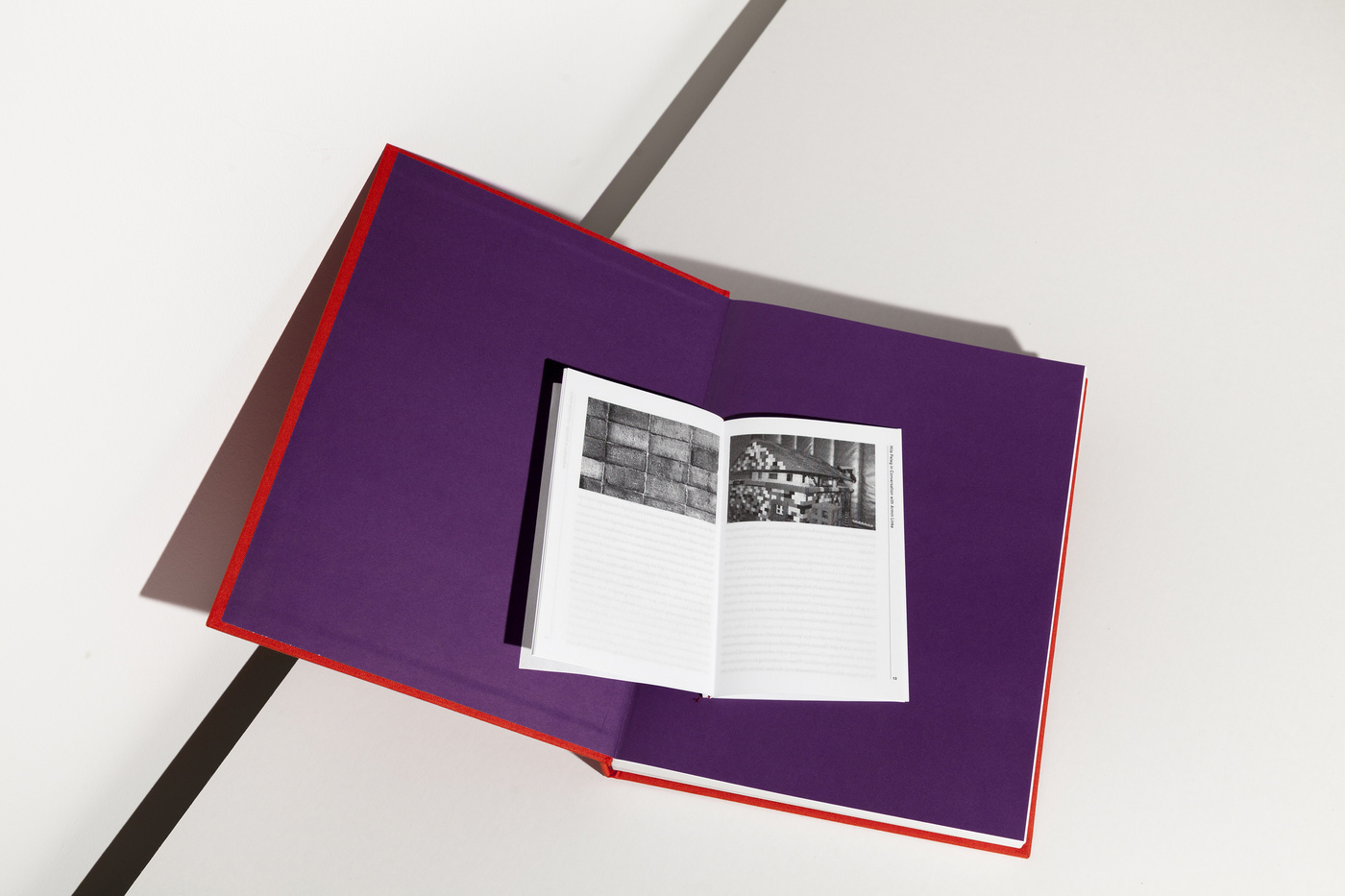